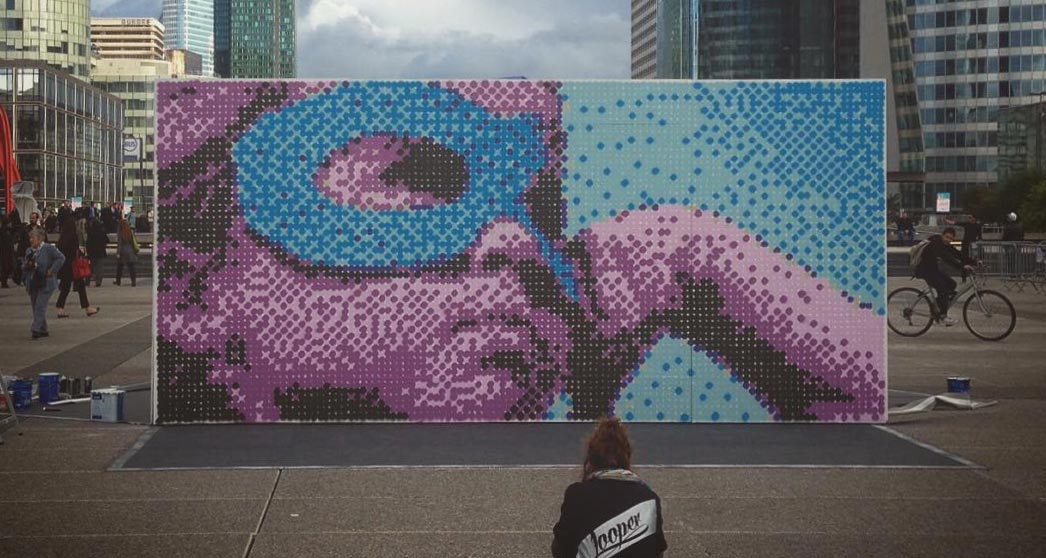 The pieces painted during those 3 days will be exhibited in the Vinci Parkings below La Défense.